You told us you wanted the Front street road improved !

We listened and lobbied those that hold the purse strings at NCC.

A few people in Prudhoe were vocal and said it would never happen ! 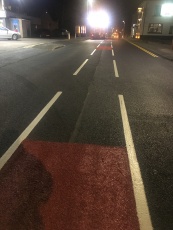 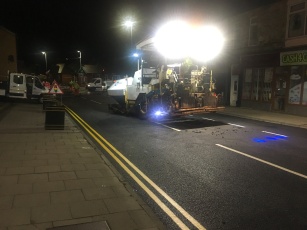 A great job by a professional team.

One of the team  said that its been a pleasure to work in Prudhoe as the people have been so appreciative of the job being done and the high standard of work.

The new road surface is of a type that will reduce road noise.

The time of construction had to be in the evening to avoid huge disruption to so many people and business.

It took place during the early part of the week when the night time economy is not that great.

The number of days the work was carried out was greater than it could have been as the hours of work were  reduced to avoid disruption to the public during the early hours.

There is no other way to carry out the work than to use the most modern of equipment that is deployed.

Road closures have to be made to allow the work to progress and for public / workforce safety.

Residents and business located within the front street area had access through the roadworks if they asked the team at either end.

The road has been neglected for so many years and this is a massive investment in Prudhoe.

This is the latest in a number of major investments in the town over the last few months.

We have requested that a formal notice is placed on the road to prevent any non urgent / small scale utilities work being carried out on it,

Thank you to them all.